“Donors are like distant relatives. Even though you never see them, you know they are there for you. They are part of your DNA”

Lya Battle:“Donors are like distant relatives. Even though you never see them, you know they are there for you. They are part of your DNA”

“I was the weird little girl at school who always did things differently than others, and who grew up with a love for animals. Daughter of a British-Canadian biologist and a Costa Rican psychologist, her parents fueled her soul and mind. With those words, Lya Battle, founder of Territorio de Zaguates, defines herself.

The weirdness she speaks of is due to behaviors she had since childhood. Toads, snakes, spiders and insects were her favorite animals because she thought those were the ones that received less attention and love.

As she grew up she realized that people didn’t love all dogs equally and thought the way they lived on the street was unacceptable. Even though other people could ignore this, she wouldn’t. It was this way of thinking, her empathy for animals, and a bit of destiny that eventually got Lya into rescuing dogs. Opening a dog shelter with more than 1300 dogs was never in her plans. 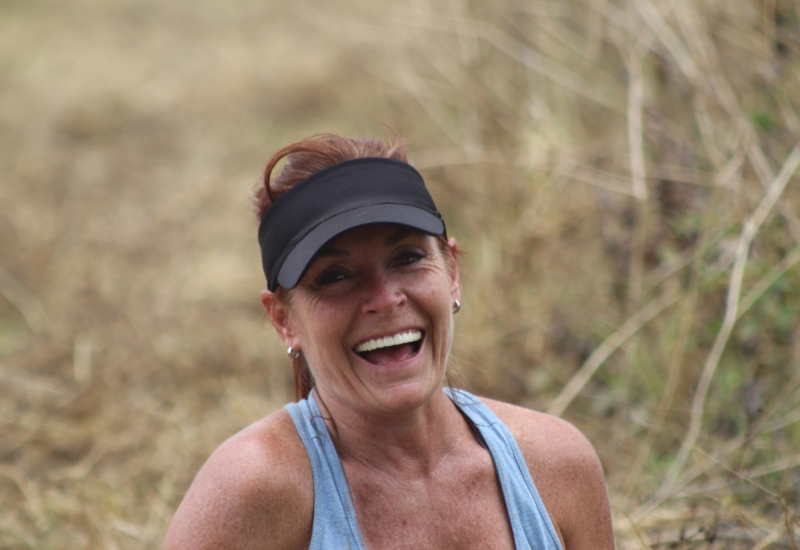 “There is a time when you say, well, I can’t ignore every homeless dog I see on the street. I have to find them a family. Injured dogs would continue to show up and I felt compelled to help them. They had to heal, be taken to a veterinarian, be spayed or neutered, and offered a new home. For most dogs finding a family is fairly easy, but when one doesn’t get adopted, and you find a new one on the street, you have to take them home and the number increases,” Lya said.

One of the stories Lya will never forget is one about Oso. It was this stray that made her and her husband Álvaro Saumet, co-founder of Territorio, reflect: “A dog that arrived, opened our eyes. His name was Oso (bear in Spanish). He was a big dog and very cute but he was very stubborn and misbehaved; of course when people came to see all the dogs for adoption, the first one they noticed was handsome Oso. Everyone wanted him, and they’d take him home, but return him soon after. This happened to him seven times. He was also hit by a car four times because he was a crazy escape artist.” 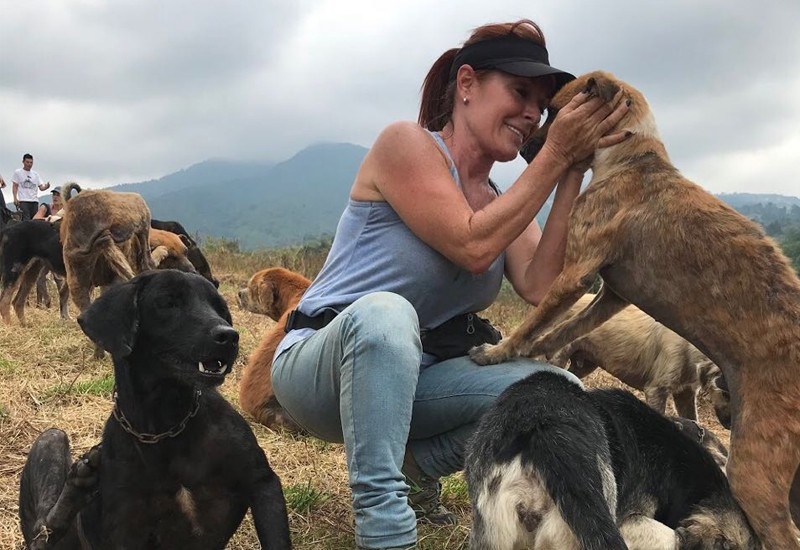 According to Lya, “Oso was the biggest headache in the world. His options were either getting out back on the streets, or into a shelter where he’d probably be put down eventually. It was then when we realized that there isn’t a place that will hold dogs indefinitely, one without an expiration date.”

Lya asked herself: “Am I the one that has to keep all the dogs that I find? I’m not going to put them back on the street. By that time we already had more than a hundred dogs living with us, and Alvaro proposed two options: stop helping them or take them to the farm.” Although Lya wasn’t sure how it would turn out at the time, they tried it.

It’s this story that made Lya, a former teacher, give up her career to have as many fur-children as possible. In a matter of two years they had around 300 dogs, most of them coming from another shelter that closed twice before.

The task hasn’t been easy for Lya and Alvaro, but without knowing it, they had started a social cause that transcended borders. The expenses of the first 400 dogs came out of their own pockets. They went as far as selling some of their personal assets, because they preferred providing their dogs with their many necessities. 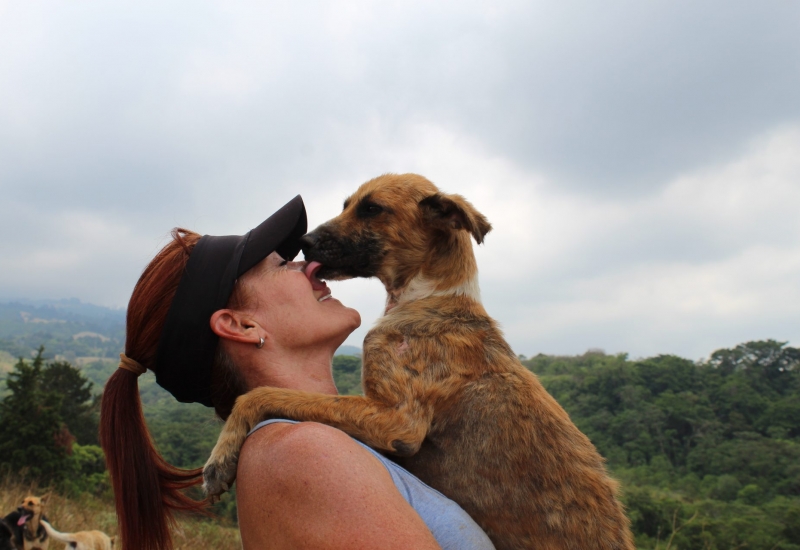 “I have lost material things, friends and liberties that I once enjoyed very much, but I’ve been okay and I would do it again a thousand times, because if I’m able to change the life of an animal, any headache will be worth it,” Lya said.

The idea of having a shelter never existed before. The dogs that went to the farm she considered her own, and all she wanted was to eventually find a home for as many as possible. If she wasn’t able to do so, then she was willing to accept it as destiny deliberately putting those dogs in her path, and she would do her best to offer them a better life.

“I will never euthanize a dog, unless he is suffering, and there is no way to relieve that suffering. If he is disabled we’ll look for a chair; if he can only move his eyes and can eat, we’ll feed it. If that dog is going to live the rest of his life with us, he has to enjoy it, and if he only has two weeks to live he will have a good time too, “said Lya.

Today the Territorian family is comprised of approximately 1300 dogs. One of the first things Lya and her team do when a dog is rescued is give him a name, because that will give him an identity, and thus a name to respond to. 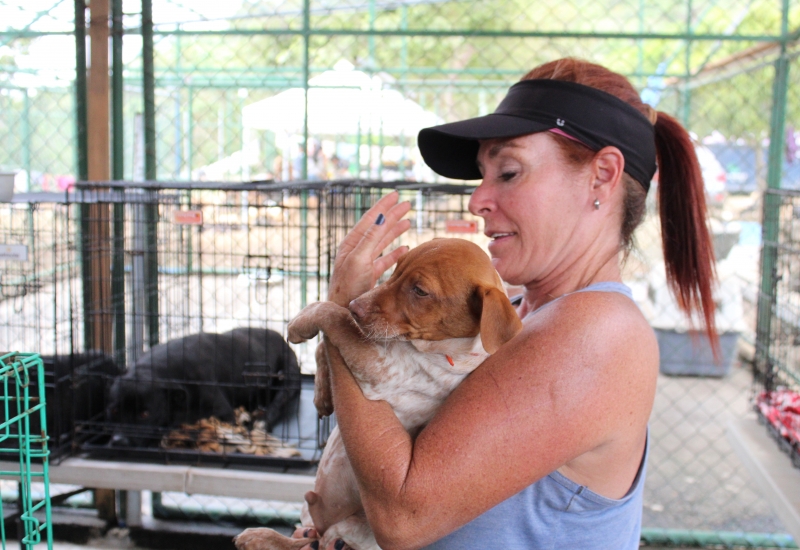 Territorio de Zaguates means Land of the Strays. Why did you choose that name?

“I never understood why some people didn’t like strays. These dogs are survivors, champions of life and streets. Some people dislike them because they aren’t a specific breed, so I thought I had to use the word zaguate(stray) to name the place and somehow assign pride of ownership to the term. These dogs are unique. No one would ever shun them again in this place. It’s their farm, their mountain, a piece of land that belongs to them, and where they will feel comfortable. That’s the reason for the name: Territorio de Zaguates(Land of the Strays) “.

What do the donors mean to you?

“Besides the obvious, which is that they help us move forward, they represent the acknowledgment that there are people out there who understand us and support us in this battle. They give validity to our goals, projects, and expectations. For me they are like distant relatives; even though you never see them, you know they are there for you. They are part of your DNA. 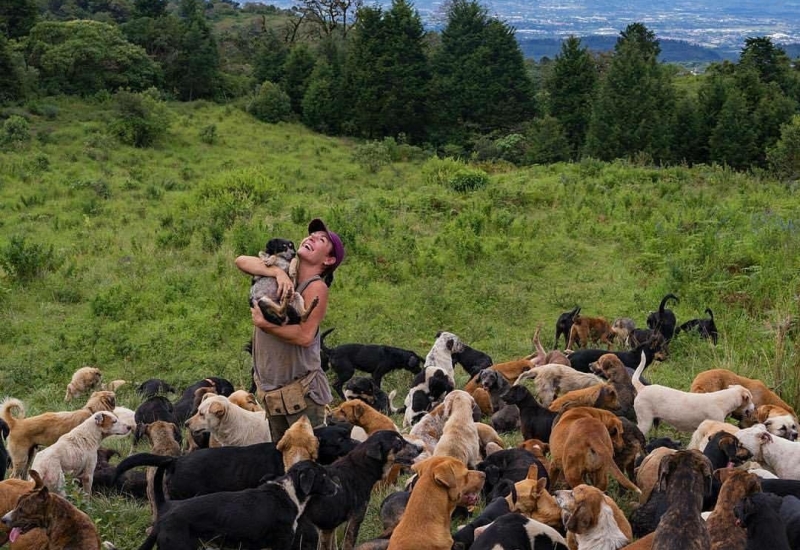 Is there anything you would like to do at the farm?

“Here in Territorio there is still much to do, but I dream that someday we can build cottages for people to come to visit and stay a while. Imagine the fun of a vacation where you can choose dogs to snuggle up with while you stay. I’d also like individual houses for each of the live in caretakers, and assign to each their own mini family of senior dogs to live with and look after as seniors so desperately need; with projects such as these, Territorio might even become self-sufficient. But at the moment we continue with our daily work “.

Although many people aren’t as passionate about strays as those at Territorio, it is thanks to the efforts of Lya Battle Álvaro Saumet, collaborators like Marcela Castro, and donors and friends of Territorio that it continues to operate offering hundreds of dogs a decent place to live for the rest of their lives.

It’s through donations, and thanks to the good hearts of many people around the world, including private companies, that dogs at Territorio get their $894 worth of food every day, as well as their medications.

Finally, Lya wants to thank all the people who are part of this noble cause: “ I appreciate any kind of donation no matter how big or small. Everything here is welcomed. I see people who have worked very hard for what they have and still they make a contribution. It warms my heart to see people pick up old tires, cut them out and paint them to make little beds for our dogs. “ 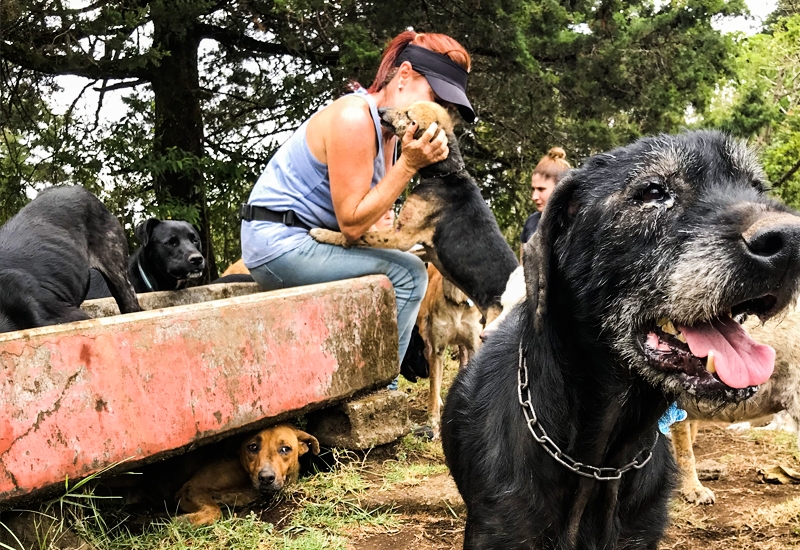 “To all those people who are there to support us, be it financial or through prayers and good wishes, those kinds of actions melt my heart. You see, people don’t owe us anything. Nobody forced me to get into this; so whoever wants to help, know that it will be deeply appreciated. I’m not related to the donors, most don’t even know me, nor do I know them, yet they have enough love to share with our beloved dogs. I will never finish thanking donors for all they’ve done. Although I may loose faith in humanity 20 times each day, people like them restore it in one sweep.” she concluded.

Territorio is a sanctuary for hundreds of stray dogs who’ve been abandoned or have suffered abuse at some point in their lives.

It’s only with the support of people who believe in our mission to provide
a decent, dignified and happy life to stray dogs, that we can continue opening our gates to many more zaguates that need it.

Be a part of this great Territorio family, fight by our side and help us provide a much needed second chance for all these dogs.