Everyday at 6:00 A.M., 1300 mutts wait for their faithful caretakers to wake up so they can together write a new chapter in the Territorio de Zaguates’ story.

Each caretaker shares from dawn until dusk with a pack of dogs, so they star in big adventures and become guardians of the zaguates.

It is precisely the work they do what turns them into titans, for they are the people who keep company to the Territorio pack at all times. They have multiple chores around the farm, like giving them baths, trimming their nails, picking up poop, feed them and take them out for walks. Always vigilant about the safety of all the dogs.

It’s because of this that we acknowledge their hard work during the Animal Shelter & Rescue Appreciation Week, because these guardians shower with the most tender care all those Territorians who were once mistreated and abandoned in the streets.

These are the stories of some of our brave guardians. 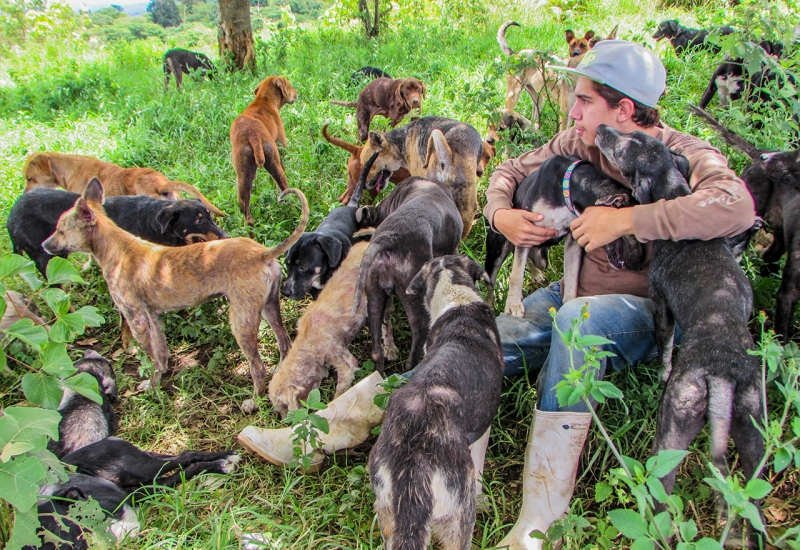 This young Nicaraguan came to Costa Rica when he was four years old. He says since he was a little boy he always had dogs, because he likes them so much.

He currently has three years of working with Territorio de Zaguates and during this time he has performed different tasks, where he has had a very nice experience.

One of the anecdotes he remembers the most occurred just arriving at the shelter: “I went in to work and a dog fight broke out and I got so scared that instead of helping my coworkers I jumped on the fence.”

On the other hand, José acknowledged that Territorio is a place where dogs can have a better quality of life, because they are not on the streets anymore, they are not at risk of being mistreated or abandoned for pleasure without knowing any consequences that may have, and suffering can be avoided. 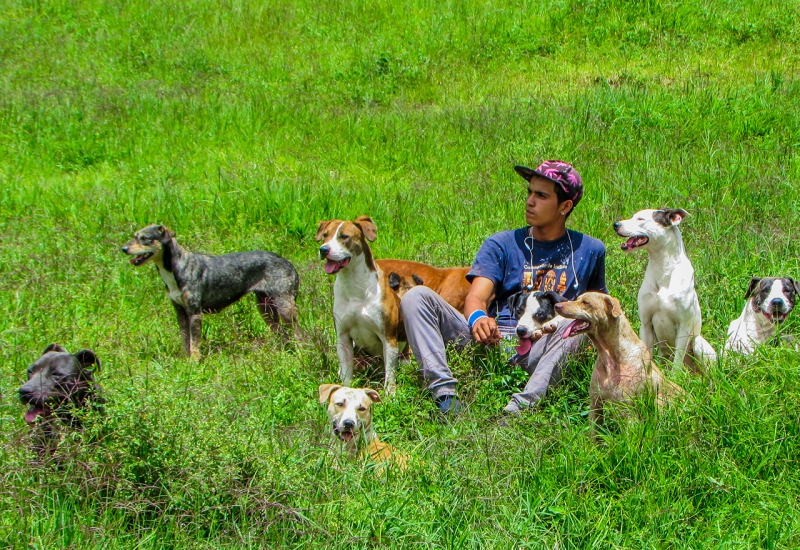 He’s one of the most recent guardians at Territorio, he’s been working at the shelter for about four months, and within just a few days, he managed to get a group of 10 newly arrived dogs to get fond of him.

“About 15 days after arriving here I went with the boss (Álvaro) to Cartago to rescue some dogs and bring them over, and a few days later I managed to win their love. New arrivals at the shelter have to go through an adaptation process before joining the rest of the pack, they are kept on a separate section and then, little by little, they are taken out and slowly exposed to the other dogs. I was told that it can take from one to two months for a dog to get past this process. However, I started giving them lots of love when I’d be cleaning their section and that’s how I gained their trust; a few days later I was able to take them all out to meet the rest of the pack”, he said.

This employee is convinced that these dogs chose him, and now always follow him wherever he goes. So much so, that if José moves two steps forward, the dogs do too. Some of the names he gave to the zaguates are: El Payaso (The Clown), El Vaquero (The Cowboy) and El Caballo (The Horse).

He’s been working at Territorio de Zaguates for the past three years, he’s a Nicaraguan with a farmer background. There is not a minute of the day in which this man stops caring and giving love to each member of the pack, his serenity contrasts very nicely with the euphoria of all the dogs, who come out to meet him every day when he arrives at the farm, waiting for one of his caresses.

Isidro never imagined he’d be surrounded by so many dogs, and although he cares for them all equally, there are always a few who steal his attention and with whom he manages to maintain a special bond, for him they are: Bimba and Chancha 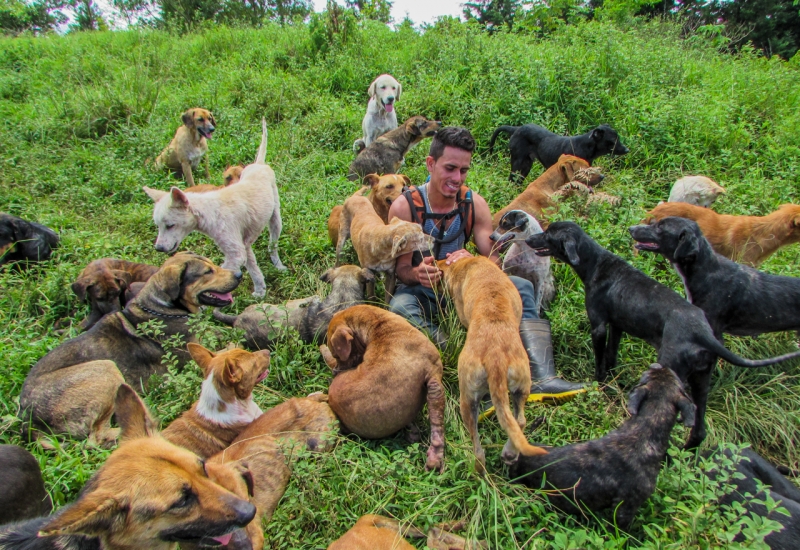 Alexander is another one of the guardians who loves dogs and who came to Territorio de Zaguates two and a half years ago. For him, the farm is a very beautiful place, and the opportunity of sharing the entire day with the animals cannot be compared with any other.

“At first it’s kind of shocking to be here because there are too many dogs, then you get used to being with them, you pet them and you end up winning their trust and affection. I really like being with them because dogs deserve a lot of support, here we take care of them, we give them love, we go out for walks around the property  and play, you have a lot of fun with them”, he said.

Here at Territorio we like to work with sensitive, caring and attentive humans, who are willing to be of service to the most unprotected dogs. Thanks to the support we receive, we can count on people who become guardians for all the Territorians, willing to fill all these fur babies with happiness and affection.