Any dog is welcomed at Territorio regardless of their condition, and America was not the exception

Any dog is welcomed at Territorio regardless of their condition, and America was not the exception

America is a Pitbull whose past we don’t know anything about, however, her aggressive behavior and poor socialization with other dogs could suggest that the conditions in which she lived in before arriving to Territorio were not the best, especially since this breed only turns aggressive if trained for it.

This female arrived at the shelter early this year, on January 6th, after some young people found her on the streets and got in touch with Territorio, said Álvaro Saumet, co-founder of Territorio de Zaguates.

“America was found in good condition, the kids who found her could not keep her, so they contacted me and told me that she seemed a bit unfriendly to other animals. When they came to the shelter, I took two of our dogs out to see how she would react, and she immediately charged at them, as if she wanted to eat them alive”, said Álvaro. 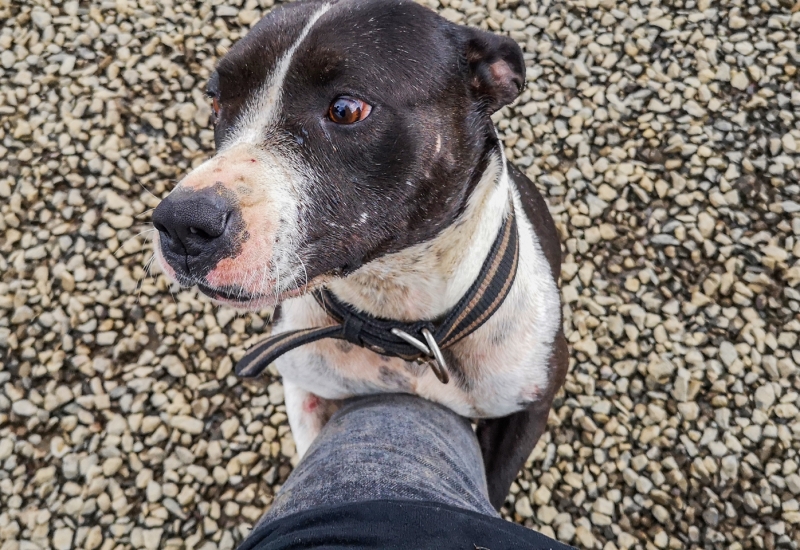 Since Territorio welcomes any dog, regardless of its condition, we opened our doors to America to provide a safe place for her to live in, otherwise she would’ve been abandoned on the streets. Due to the good condition in which America arrived, it made us think that she probably had a home, so we shared her pictures on social media hoping her family would come looking for her, but that didn’t happen, and we didn’t know if she had run away or was left behind. It was at this point, where we started working on her so that she could socialize with the other dogs.

“We have an area with individual 19 square feet pens, where we keep all those dogs who are very quarrelsome, either because they were mistreated, or because it’s in their nature, or for whatever reason. We put a plastic muzzle on them so they can stick their tongue out and breathe properly, and we take them out on a long leash to walk with the rest of the dogs. This technique does not necessarily work with everyone, there are some dogs who just don’t get it, no matter how many times they are taken out on walks to socialize with the pack, for some reason, they were taught something different, or it’s just the way they are”, Álvaro said.

America is one of the dogs who has taken the longest in this adaptation process. According to Álvaro, it takes from 30 to 45 days for most dogs to start getting along with the pack, however, it took America five months to achieve this. She has currently spent 10 months at Territorio and is already walking freely around the shelter without a problem, sharing the space and food with the pack. 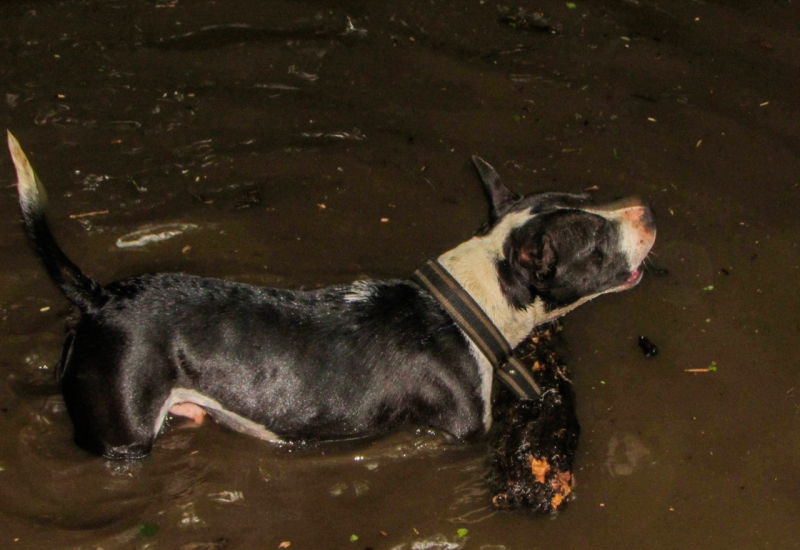 Alvaro stressed about having to be very cautious around dogs with some aggressive behavior: “If America gets into a fight, it’s a horrible thing, she’s very strong, that’s why we put the leash and the muzzle on her, to control her. We have to pet her constantly when we take her out, sometimes we have to hold her between our legs, while we let the other dogs approach her, and then we pet the other dogs too, because the first thing she’ll do is defend you, for she is such a protector, but you have to make her understand she is with you, and that there’s gonna be other dogs around that we also pet, that way she’ll understand that they are not going to hurt her, or us”.

It’s with these actions that we manage to integrate to the pack and change the behavior on America and many other dogs that arrive at Territorio with an aggressive condition. In addition to providing stray dogs with food and a roof over their heads, we are also concerned about their coexistence with other dogs, that is why we work the habituation process with an integral approach.

“Little by little we noticed that America was no longer charging at the dogs, so one day we started taking her out on walks without a muzzle, with a very short leash to see what happened, and then we would let her off the leash for supervised periods, until one day we were able to let her free throughout the day”, said Álvaro. 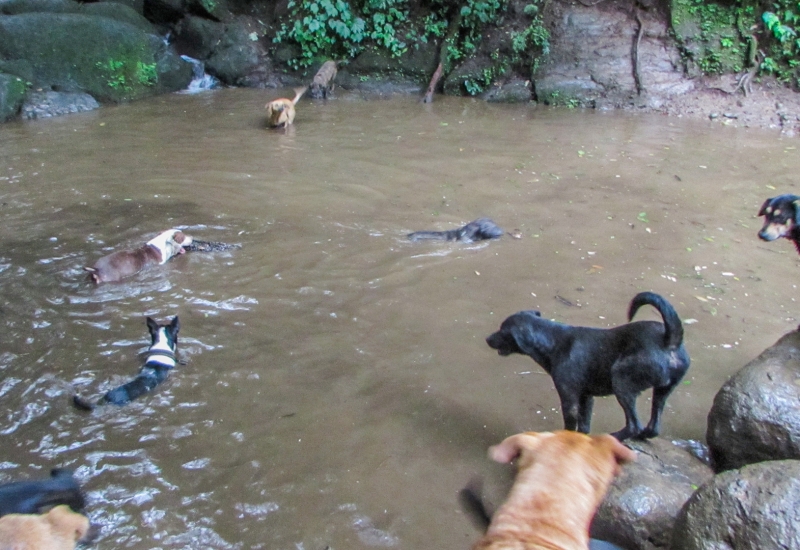 Although this furry girl completely improved her behavior, there is one issue that we continue to work on: “the only thing we haven’t been able to achieve is for her to be sociable during feeding time, we still have to separate her from the rest, she still cannot understand that she has to share, that everyone can eat together calmly, she just doesn’t get it, and that’s why she’s fed separately, so everyone can eat quietly and then we let her join the pack again”, Álvaro said.

At the moment, sweet America continues with her adaptation process, which has been successful thanks to the work and support we give her at Territorio. Jhonny, one of our collaborators on the farm, has been with her since the first day, and is the one who, with great patience, dedication and affection, has been by her side during all these familiarization months.

According to what they’ve told us, her name comes from the fact that this furry girl fell in love with a Captain America blanket, which she wouldn’t let go of, whether it was a sunny day or a rainy day. However, some collaborators also call her Kalua. 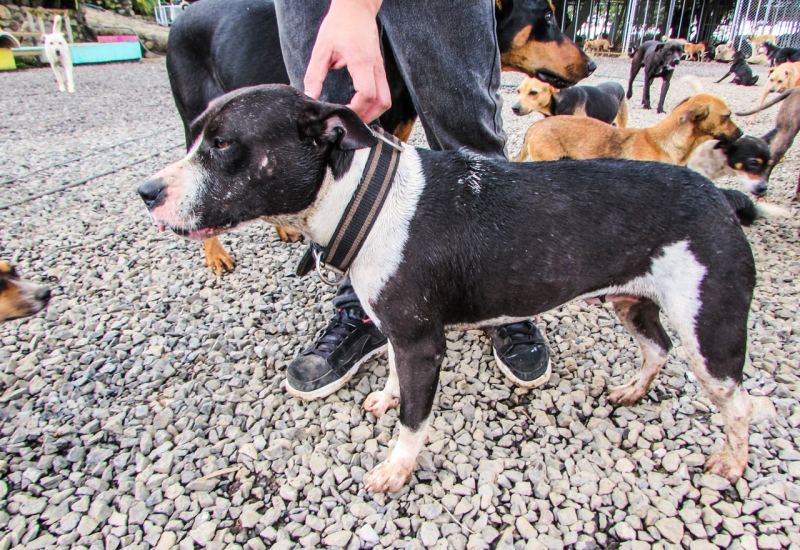 For Territorio, all dogs, even those that show aggressive behavior, are important and deserve the support and accompaniment to win the battles they must face. We must always look further and remember that they were not born that way.

It’s only with your help that we can continue to carry out this work, transforming the lives of those dogs that have difficulty adapting and living with others.